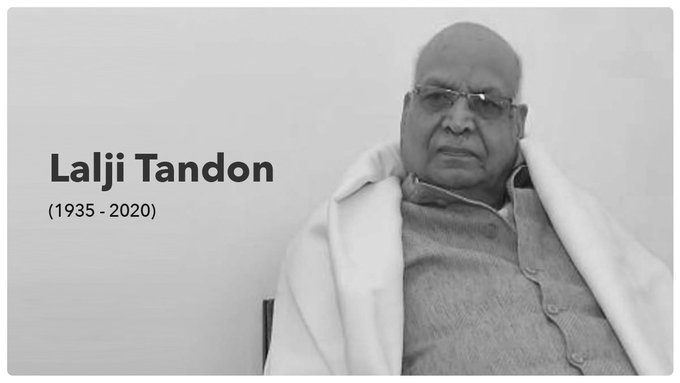 Madhya Pradesh Governor Lalji Tandon passed away on Tuesday morning (21st July) while undergoing treatment in a private hospital in Lucknow. He was 85. Mr. Lalji Tandon was admitted to Medanta Lucknow on June 11 after he complained of breathing problems, difficulty in urination, and fever, the Raj Bhavan had said.

Born on April 12, 1935, Lalji Tandon is survived by his wife Krishna Tandon and three sons.

Tandon has served as a member of the Uttar Pradesh Vidhan Parishad for two terms and also as the Leader of House of the Council.

The veteran leader was elected to the Vidhan Sabha thrice and was a minister in BJP and BSP-BJP governments.

In 2018, he was appointed as Bihar’s Governor and shifted to Madhya Pradesh in the same capacity a year later.

During his absence, U.P. Governor Anandiben Patel took the additional charge of M.P. earlier this month.

We are working very hard to provide you error-free content, but If you find any error in Quiz like a wrong answer or anything else. You can notify us without any problem.

You can notify us by commenting below in this post.